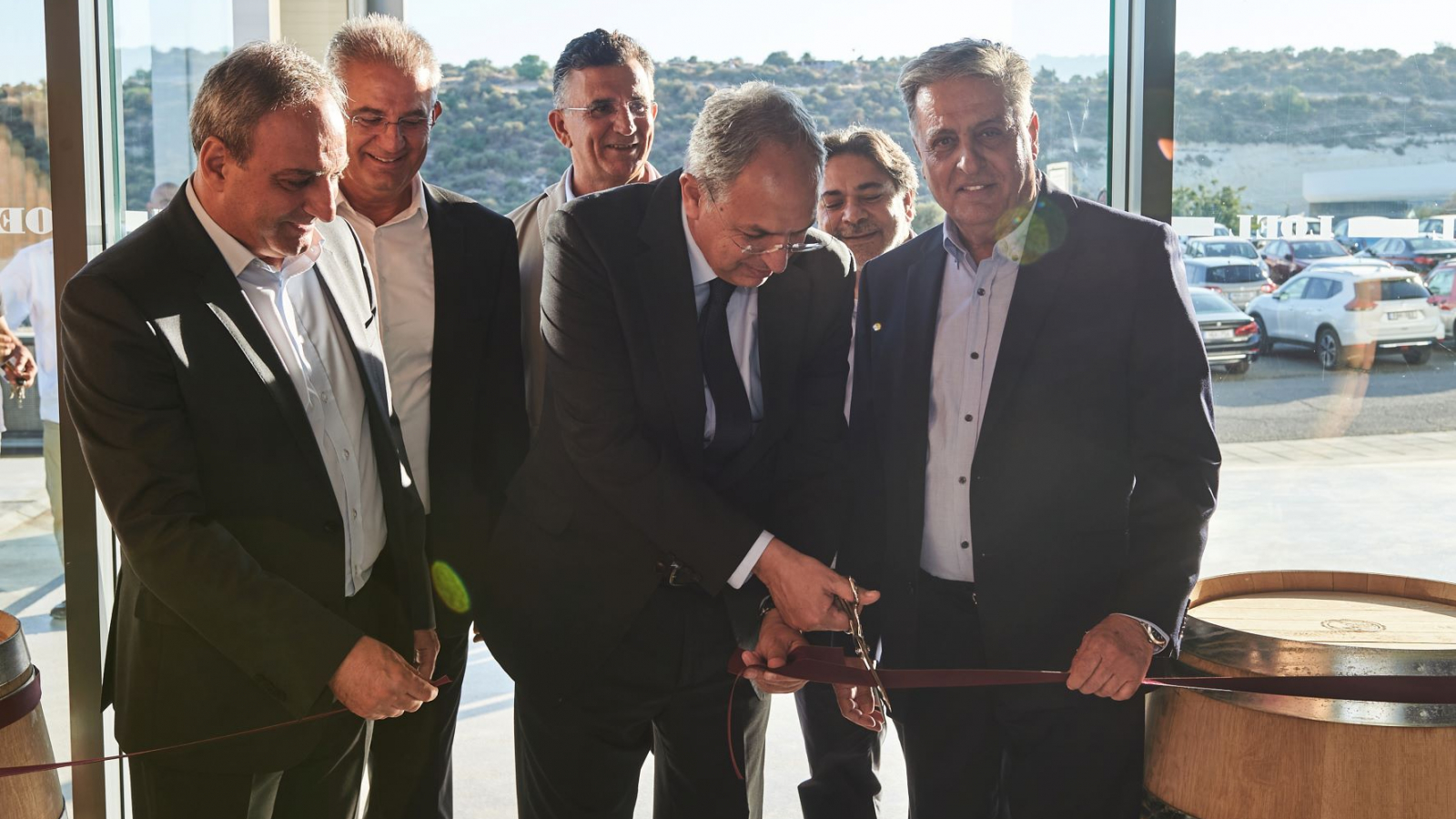 The new facilities, equipped with the latest innovative equipment, can handle the simultaneous production of large industrial quantities as well as micro-vinification of fine grape varieties. The objectives of the new winery are the further study and promotion of Cypriot wines using native grape varieties and the production of high quality products. The opening ceremony was performed by the Minister of Agriculture, Rural Development and Environment, Mr. Kostas Kadis in the presence of a large number of guests across a wide spectrum of business, politics, local government, the wine industry and wine growers.

In his opening welcome, the General Manager Kyriakos Hatzitofis said, among other things, that ‘for almost 80 years, LOEL has been a protagonist in the history of wine and spirits production in Cyprus.’ At the same time, he said that ‘the company since its creation, has been the most consistent supporter of winegrowers and workers, since LOEL itself is a creation of working class struggles for better conditions for the utilization of their grapes. With the same commitment, LOEL has served Cypriot tradition by highlighting the unique products of our country.’

Guests had the opportunity to taste the new award winning wines and tour the Winery’s new facilities.